It’s an ambitious sus­tainability goal: BLG LOGISTICS plan to considerably reduce CO2 emissions by 2030. The company is the first logistics service provider to have its goals scien­tifically attested by the renowned Science Based Targets initiative (SBTi). Mission Climate – a project that aims to mitigate climate change while simul­taneously boosting business success.

2.4 million kWh
The quantity already saved by the company annually thanks to the switch to LED lighting in buildings and outdoor areas.

A large poster hangs on the wall behind Yvonne Bonventre’s desk. It outlines the core points of BLG’s Mission Climate strategy for achieving climate neutrality. As a Team Leader in the area of sustainability, the graduate biologist is fully committed to the climate goal: By 2030, BLG plans to cut its own CO2 emissions – known as Scope 1 and 2 in climate science – by 30 percent compared to 2018, even if business volume increases. The company will offset its remaining emissions through certified climate protec­tion projects. Furthermore, BLG has pledged to reduce emissions generated externally over the entire supply chain by 15 percent – that is Scope 3.

Yvonne Bonventre is aware that this is an ambitious target for a logistics service provider with an inter­national network: “To achieve our goals, we need to make changes across the board. Our customers increasingly value sustainability. So our climate commitment gives us a competitive edge. That’s because customers can reduce emissions in their own supply chains as a result of our emission reductions and provision of climate-neutral services”.

Yvonne Bonventre sums up the figures for the current CO2 balance sheet: “For our new absolute savings target, we need to reduce emissions by 2030 by an average of 2.5 percent per year. In the first year, we exceeded that goal by reaching a good three percent. The drop in the past year was 16 percent, but we can’t count that figure because of the exceptional situation due to the coronavirus. The lockdown at our customers in the automobile industry had a big impact on us in the early part of the year. However, our positive trend was definitely confirmed,” says the expert.

A series of actions taken by the company have contributed to this. In 2020, BLG was the first German logistics service provider to have its goals examined by the Science Based Targets initiative (SBTi) and to commit to recording, validating and publishing them. The company is tackling three major areas: “We’re continuing to increase our energy efficiency, trying to generate our own electricity from renewables as far as possible and also purchasing more electricity from green sources,” says Yvonne Bonventre. She points to her own workplace as an example of the first aspect. “Everybody knows you can save energy by cutting consumption or using more energy-efficient appliances.” BLG started the change process on a large scale years ago by appointing Energy Officers at more than 50 German locations and establishing an energy management system throughout the company. “This is how we promote sustainability throughout the whole company.”

The company requires lots of energy to heat its buildings. For example at one of the retail logistics location in Bremen, BLG replaced the heating control system and now saves 1.3 million kWh of gas per year. “Efficient control is one option, and choosing the right fuels is another major way we can reduce CO2 emissions,” says Yvonne Bonventre. “At the AutoTerminal Hamburg, we plan to replace the heating system and use biomass in the future. Obviously, that will massively improve our CO2 footprint,” says the sustainability expert.

All the buildings are being successively converted to LED lighting, and already this is saving the company some 2.4 million kWh of electricity per year. In the logistics center Bremen, three of the nine halls were converted to the new technology in 2020, and the rest will follow in 2021. The parking shelves and garages at the Autoterminal in Bremerhaven – the largest of its kind in Europe – are already illuminated by LED lighting. Here alone, the company saves 1.3 million kWh annually, which is equivalent to 400 tons of CO2.

“Choosing the right fuels is a major way for us to reduce CO2 emissions.”

Yvonne Bonventre, Head of the Sustainability Team at BLG LOGISTICS 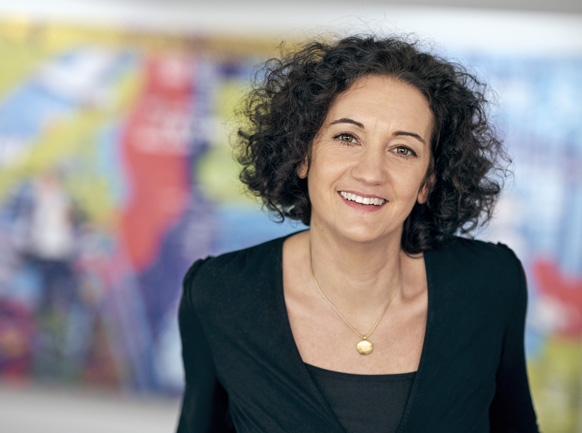 Apart from preventing CO2 emissions, BLG sees generating its own electricity as an important factor in the Mission Climate program. BLG LOGISTICS is examining how to achieve a green electricity strategy, including the use of solar energy. In 2019, the first photovoltaic system was installed on the roof of a hall at the AutoTerminal Kelheim. BLG uses almost 90 percent of the electricity this generates for its own operations. The next photovoltaic system was ten times the size and installed in 2020 on the roof of a building in Waiblingen which BLG operates for a renowned automobile manufacturer. “We want to use models like this more often in the future, and we’re setting the standards for this today,” reports Yvonne Bonventre.

Saving as much CO2 as possible

Another area shows how easy it can be to combine business success with sustainability. BLG LOGISTICS regularly upgrades its fleet: “99.5 percent of our fleet of roughly 200 trucks in Germany comply with the EURO 6 standard. The newer trucks not only emit less nitrogen oxide, but also consume less fuel. That cuts both costs and CO2 emissions.” The same applies to the fleet of stackers. BLG regularly replaces the models, increasingly uses lithium-ion batteries, and is already using hydrogen-powered stackers at one location. “In several research projects, we’re looking at how we can use AI to reduce CO2 emissions. The technology could cut the number of empty trips or reduce driving at the terminal,” says the expert from Bremen. Furthermore, BLG developed a new tool last year in the AUTOMOBILE Division. It simultaneously calculates costs and revenues as well as CO2 as a possible control variable.

Yvonne Bonventre turns around again to look at the poster with the climate goals. “Of course, we’ll continue to consume energy and emit CO2,” she says. And it’s clear that, to achieve a green zero, BLG will have to offset certain quantities by obtaining certificates.

“It’s important to us that our projects have a verifiable effect,” she says. That is why the offset payments only go to carefully selected and certified climate protection projects. BLG established its policy of investments to offset its emissions from business trips by car and plane in 2020. The workforce is able to vote on which projects. Since 2020 BLG offsets emissions from air travel and company car fleet. Employees were given the opportunity to vote on which projects should be invested in. “Taking all these activities together, we are on course to achieve our targets,” says Yvonne Bonventre. “So our company is playing its part in mitigating global climate change.” 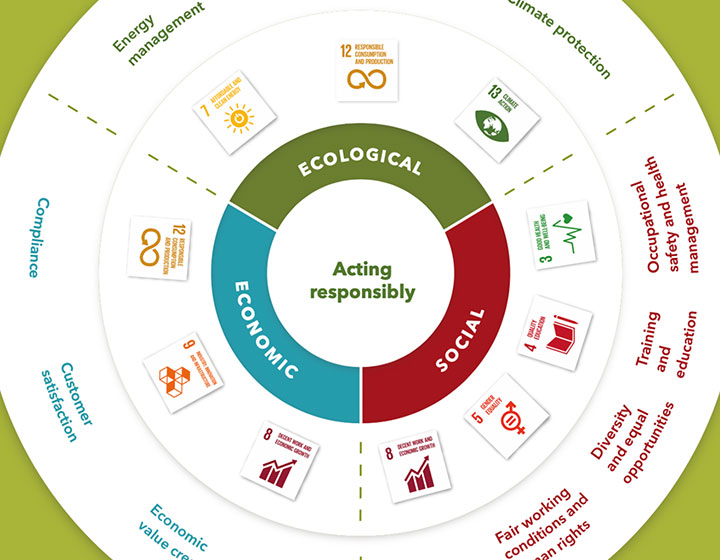 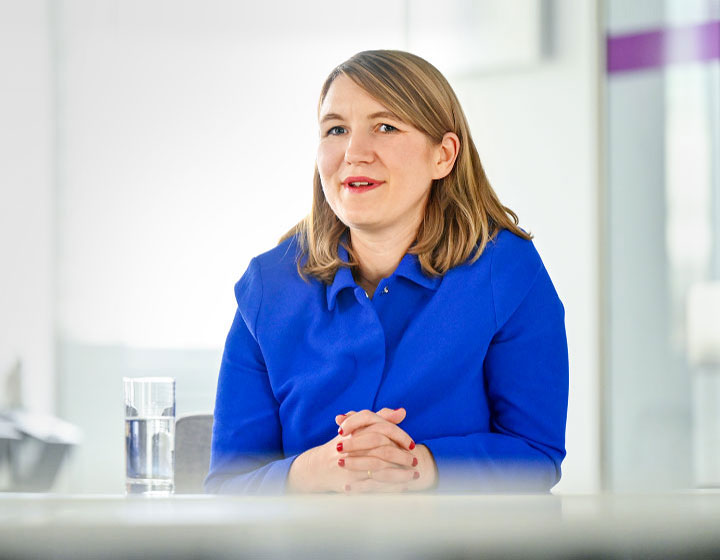 This site uses third party website tracking technologies to provide and continuously improve its services and display advertisements according to users' interests. Our cookie banner allows users to choose between three options. Until he confirms the banner, the scripts for statistics and marketing cookies will not be executed.I agree and can withdraw or change my consent at any time with effect for the future.